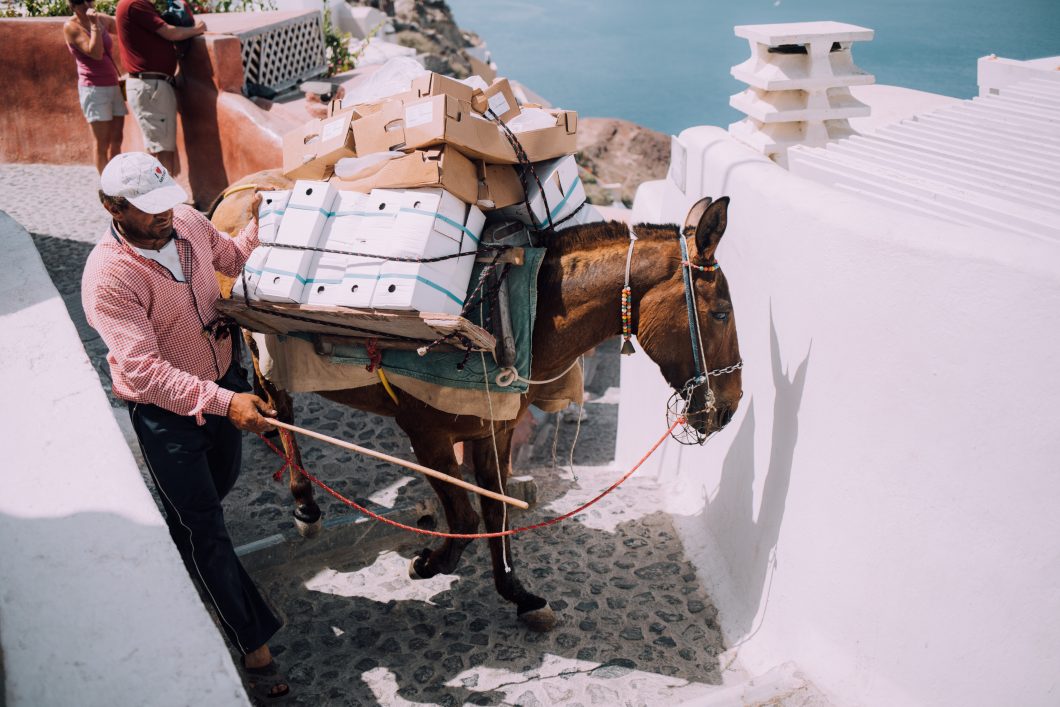 I worked at McDonald’s for a year as a teenager. My bosses expected me to work hard, but most of them were kind and made me feel like part of a team. But there was one manager whom I dreaded seeing when I arrived for an overnight shift.

While I served customers, restocked the store, and cleaned several machines, he would sit in the office and only emerge if I was swamped. Occasionally he’d walk past me while I was cleaning, clap his hands impatiently, and tell me I needed to work faster. His leadership was a burden on top of the hard work.

Now I’m a ministry apprentice at my church, and my pastor is far different from that old manager. He faces lots of pressure between his many church responsibilities and caring for his family. Be he never expects that I take on as much as him.

He encourages me to take time off to rest without feeling guilty, which is essential for my chronic illness. He willingly listens when I need to talk about my ministry, even when my worries are small and trivial compared to what faces. His leadership makes my job easier, rather than more difficult and painful.

Every leader has the opportunity to either place burdens on the people they lead, or lift them off.

The book of Nehemiah gives us a positive example. Nehemiah was a governor of Judah while under Persian occupation in the fifth century BC. This position wasn’t necessarily a commendation. A few centuries earlier, God indicted the leaders of Israel for failing as shepherds of his people (Ezekiel 34). They were selfish, greedy, and willing to crush the needy to benefit themselves.

But Nehemiah bucked this trend. He stands up for his people when they’re being oppressed, and sacrificially demonstrates his commitment to their wellbeing:

Moreover, from the time that I was appointed to be their governor in the land of Judah, from the twentieth year to the thirty-second year of Artaxerxes the king, twelve years, neither I nor my brothers ate the food allowance of the governor. The former governors who were before me laid heavy burdens on the people and took from them for their daily ration forty shekels of silver. Even their servants lorded it over the people. But I did not do so, because of the fear of God. (Nehemiah 5:14–15)

The people of Judah could look at their lives and say that Nehemiah’s leadership made them better rather than worse off. Unlike his predecessors, Nehemiah feared God and therefore wanted to treat his people rightly.

I once read a quote about pastor and theologian John Stott which sums up good leadership well. David Wells writes of Stott: “Such are the qualities of integrity, love and wisdom that one finds in him that his leadership has always rested lightly on those around him.”1

My pastor’s leadership rests lightly on me, as Nehemiah’s did on the people of Judah.

But these leaders would not wish us to focus too long on themselves. In examples of great leadership we are pointed to Jesus, the ultimate sacrificial leader who bore our sins. Of all the authorities throughout history, surely we can say that his leadership has rested the most lightly.

In contrast to the Pharisees and other religious leaders of the time, Jesus lifted burdens off people rather than imposing them. Jesus himself tells us what we ought to expect from his leadership: “Come to me, all who labor and are heavy laden, and I will give you rest. Take my yoke upon you, and learn from me, for I am gentle and lowly in heart, and you will find rest for your souls. For my yoke is easy, and my burden is light.” (Matthew 11:28–30)

We can see this in action too. On the last night of his life, Jesus spends the evening dining with his disciples. He knows that he is about to be betrayed, delivered up to death, and abandoned by the very friends who sit around him. Instead of using his position of power to lecture the disciples and make them feel guilty, he does something extraordinary: he washes their feet. This repulsive task, usually done by the lowest slave, demonstrates the love of our Saviour and Lord. His leadership rested lightly that night.

I’ve only been in leadership for a short time, so I’m far from an expert. I can see my own shortcomings when I consider these leaders. Too often I want things to go my way, for everything to be worked out around my schedule and preferences. I want my advice to be more respected and heeded. I think about myself rather than seeking to ease the burdens of the people I lead.

What would those under you say about the weight of your leadership?

We need God’s help to follow the example of my pastor, Nehemiah, John Stott, and Jesus. This could look like proactively helping others to grow, rather than seeing them as tools to be used. Choosing what’s best for your people, not your own comfort. Resolving to inconvenience yourself instead of expecting that of others.

Thankfully, when we fail our perfect leader has already dealt with that sin. He used the unique position he had as both God and man to serve us, taking on our punishment at the cross. We can come to him and find rest for our souls. He will teach us how to be the kind of leader whose leadership rests lightly on others.