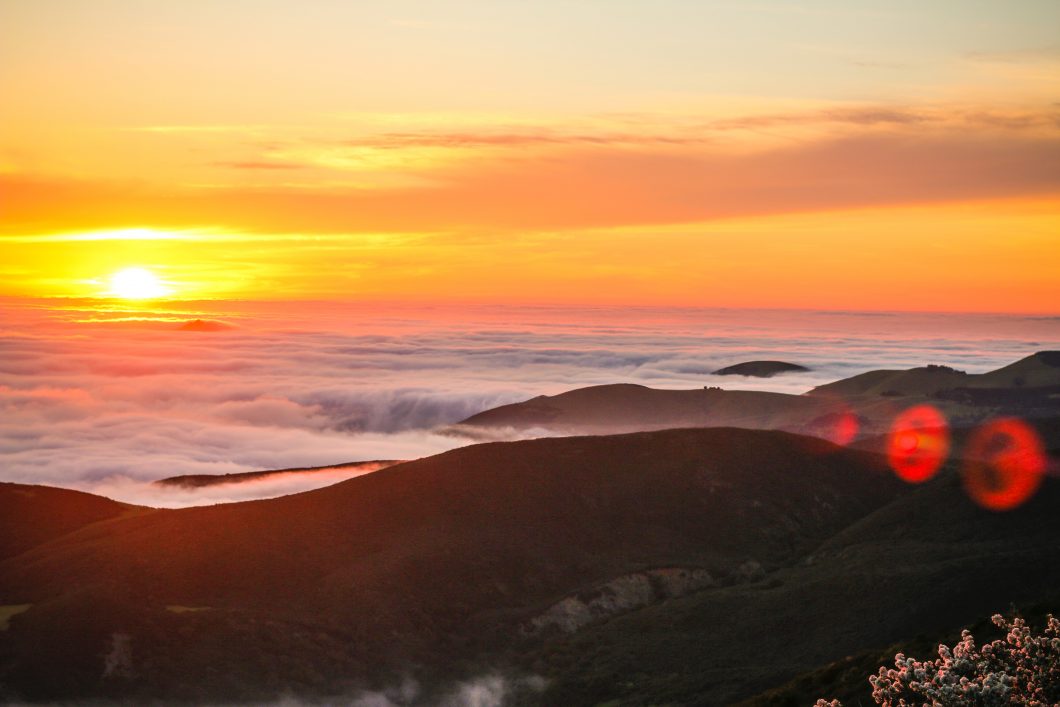 I’m intro-everything. Introverted. Introspective. When the stresses of life pile up, I get stuck in my own head. Every issue becomes a life-or-death deal. One of the things that helps me in times like this is to step outside and gaze upon God’s creation. I’m grounded by the rhythms of nature, repeating day after day, that remind me to trust in the mighty hand of my Father.

That’s why I love sunsets so much (sunrises too, but I’m rarely up that early!). In this modern world we spend so much time inside, glued to our screens, and this daily theatre of God’s glory goes unnoticed.1 Whatever else is going on in my life, the sun will rise and the sun will set. This pattern has continued day after day, ever since God set lights in the sky, and it will continue long after I’m gone. Until Jesus comes back, this dependable rhythm will accompany celebrations and tragedies, the rise and fall of civilisations, the fleeting spark of billions of ordinary lives.

Even in this predictability, God’s endless creativity shines through. Sometimes the sun descends in a glorious blaze of gold. The next day is farewelled by soft hues of pink of orange. On those days that so aptly mirror our lives, the sun might be hidden behind a thick layer of clouds. But we still know it is charting its familiar course just beyond our sight.

Nature draws me upwards as I contemplate the one who made it all. His power and majesty are undeniable when we behold the world around us. But there’s another aspect of God’s character which amazes me even more: his love. I’m so tiny under these vast heavens, and yet my God cares for me.

Recently I went on a daytrip to a small town down the coast. Along the way I saw a herd of cows lolling around in green pastures, without a care in the world. Everything they needed was provided for them. When I drove back several hours later, those cows had barely moved. In that moment I envied their freedom from the frantic pace of life I feel stuck in. But really, how much of this agitation is my own fault?

God is in control of the whole world:

“He covers the heavens with clouds;
he prepares rain for the earth;
he makes grass grow on the hills.
He gives to the beasts their food,
and to the young ravens that cry.” (Psalm 147:8–9)

Jesus tells us to notice how he cares for his creatures, and reassures us: “Fear not, therefore; you are of more value than many sparrows” (Matthew 10:31). My life is frenzied because I allow it to be. Instead of trusting God to look after me, I try to secure happiness and security on my own. But when I see the cows resting in their fields, I’m reminded to trust the one who cares for me even more.

Once the sun has ended its course, the night sky also does good to my soul. Jonathan Edwards wrote:

“Surely there is something in the unruffled calm of nature that overawes our little anxieties and doubts; the sight of the deep-blue sky and the clustering stars above seems to impart a quiet to the mind.”

This is a universal human experience. We are awed by the stars in their splendour. While my half of the world slumbers, we are sustained by God quite apart from our own labour. He feeds the nocturnal animals, triggers the biochemical processes that keep me breathing through the night, and holds up the stars trillions of kilometres away. All without one bit of help from me.

I don’t know what’s going to happen to me in the next hour. I don’t know if I’ll finish this day satisfied with the work I did, or fall into bed burdened and discouraged. But I do know that the day will end. The sun will set, pouring forth its chorus of the glory and beauty of the Creator. And then the sun will rise tomorrow, heralding another day under the perfect sovereignty and goodness of God.

If you’re feeling overwhelmed today, take the time to step outside and bask in the beauty of the world.

“The heavens declare the glory of God,
and the sky above proclaims his handiwork.
Day to day pours out speech,
and night to night reveals knowledge.
There is no speech, nor are there words,
whose voice is not heard.
Their voice goes out through all the earth,
and their words to the end of the world.
In them he has set a tent for the sun,
which comes out like a bridegroom leaving his chamber,
and, like a strong man, runs its course with joy.
Its rising is from the end of the heavens,
and its circuit to the end of them,
and there is nothing hidden from its heat.” (Psalm 19:1–6)