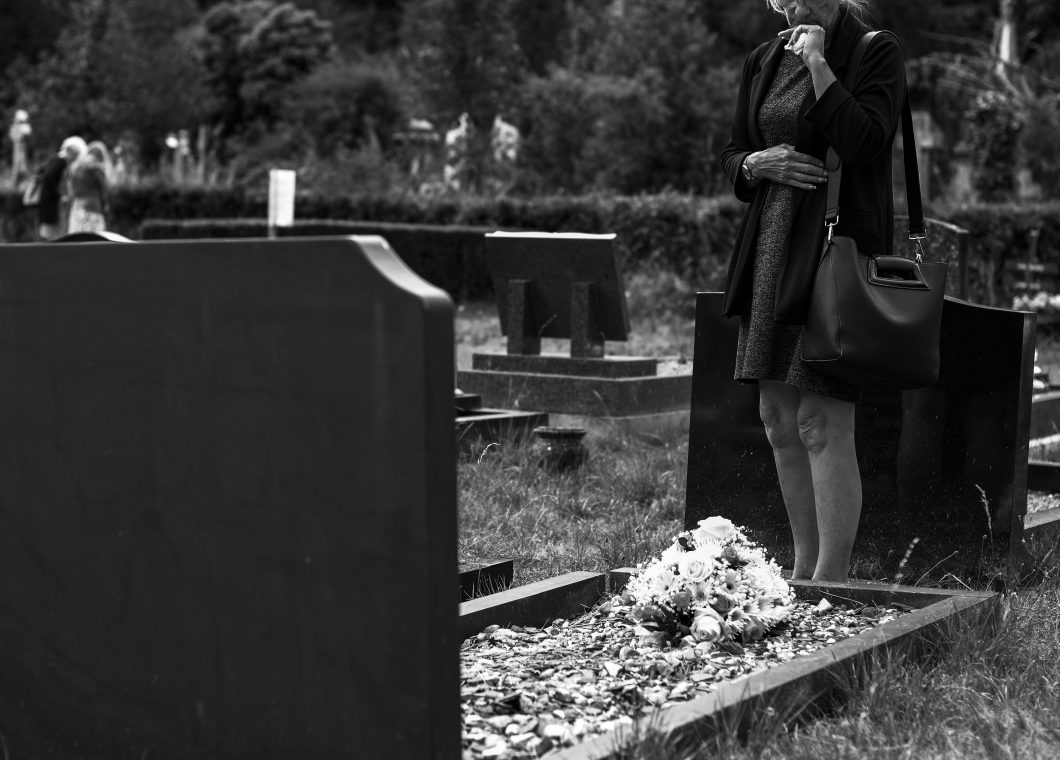 Tragedy struck Ezekiel with little warning. God told his prophet that his beloved wife, “the delight of [his] eyes”, was about to be taken away from him (Ezekiel 24:16). She died the next evening. This calamity had a specific purpose—it accompanied a message from God to wayward Judah.

This wasn’t the first time Ezekiel lived out the prophecies God gave him. He’d done similar things before. For example, God had instructed Ezekiel to carry around baggage on his back, moving from one place to another, with his face covered so he couldn’t see the land. This was a sign to God’s rebellious people that exile was near—they would soon be living the reality behind this symbolic action (12:1–16).

Now, God instructs Ezekiel to refrain from the normal mourning customs after his wife dies. This wasn’t out of cruelty, to make his prophet even more miserable. Rather, it symbolised Judah’s future. Ezekiel’s inability to mourn viscerally drives home the truth of his warnings about the impending judgment.

It certainly made an impact on God’s people. After his wife died, Ezekiel obeyed the command not to outwardly mourn. Because of his commitment to obeying God, the prophet endured great suffering to bring this message. The people around him noticed this and knew there must have been a reason why Ezekiel acted so unexpectedly. They asked him: “Will you not tell us what these things mean for us, that you are acting thus?” (24:19).

Ezekiel obliges, explaining the message that he has so painfully lived out:

“The word of the Lord came to me: ‘Say to the house of Israel, Thus says the Lord God: Behold, I will profane my sanctuary, the pride of your power, the delight of your eyes, and the yearning of your soul, and your sons and your daughters whom you left behind shall fall by the sword. And you shall do as I have done; you shall not cover your lips, nor eat the bread of men. Your turbans shall be on your heads and your shoes on your feet; you shall not mourn or weep, but you shall rot away in your iniquities and groan to one another. Thus shall Ezekiel be to you a sign; according to all that he has done you shall do. When this comes, then you will know that I am the Lord God.’” (24:20–24)

Judah has broken the covenant and lost her right to be God’s people. So God has withdrawn from them and will pour out judgment by destroying the temple, where he had dwelled among them. In their arrogance, the people of Judah didn’t think God would ever abandon his temple even though their hearts were far from him. Ezekiel lost the wife he cherished, and now Judah was about to lose her pride and delight.

Yet they will not mourn. As they are carried into exile in a foreign land, and their city is destroyed, their despair is immense. No outward displays of mourning could capture the horror of this catastrophe for God’s chosen nation. Ezekiel paid an enormous price to bring God’s message to these stubbornly disobedient people.

Ezekiel’s situation is unique—he was a prophet who received a particular message and instructions directly from God. We’re not asked to repeat his commission by refusing to mourn when we face tragedy. This is clear from the specificity of his instructions, and from the displays of mourning throughout the New Testament (John 11:35, Acts 8:2).

Yet we can still learn from Ezekiel’s willingness to convey the message from God in his body and soul. He suffered greatly for the task God had given him. What cost will you bear to see God’s word go out?

There’s a crucial difference between Ezekiel’s message and ours. His tragedy predicted an even greater disaster to come—it was all bad news. But we have the best news imaginable in the gospel of Jesus Christ. We should be all the more willing to suffer to proclaim that message.

Paul writes about how we can embody the gospel in our weakness:

“For what we proclaim is not ourselves, but Jesus Christ as Lord, with ourselves as your servants for Jesus’ sake. For God, who said, “Let light shine out of darkness,” has shone in our hearts to give the light of the knowledge of the glory of God in the face of Jesus Christ.

But we have this treasure in jars of clay, to show that the surpassing power belongs to God and not to us. We are afflicted in every way, but not crushed; perplexed, but not driven to despair; persecuted, but not forsaken; struck down, but not destroyed; always carrying in the body the death of Jesus, so that the life of Jesus may also be manifested in our bodies. For we who live are always being given over to death for Jesus’ sake, so that the life of Jesus also may be manifested in our mortal flesh. So death is at work in us, but life in you.” (2 Corinthians 4:5–12)

Paul suffered constant persecution to make the gospel known. By embracing death in his body, he brought life to the souls of countless people. Some suffering is beyond our control, but other times we choose it for the sake of greater joy. We obey God even though it will mean hardship for us—living below our means so that we can give generously to gospel ministry, investing deeply in our relationships with the needy, or moving away from our friends and family to do ministry in a less-resourced area.

You won’t get specific instructions from God like Ezekiel did. But look around you, and consider how you can manifest the death of Jesus to bring life to others. What cost will you bear for the gospel of Jesus Christ?