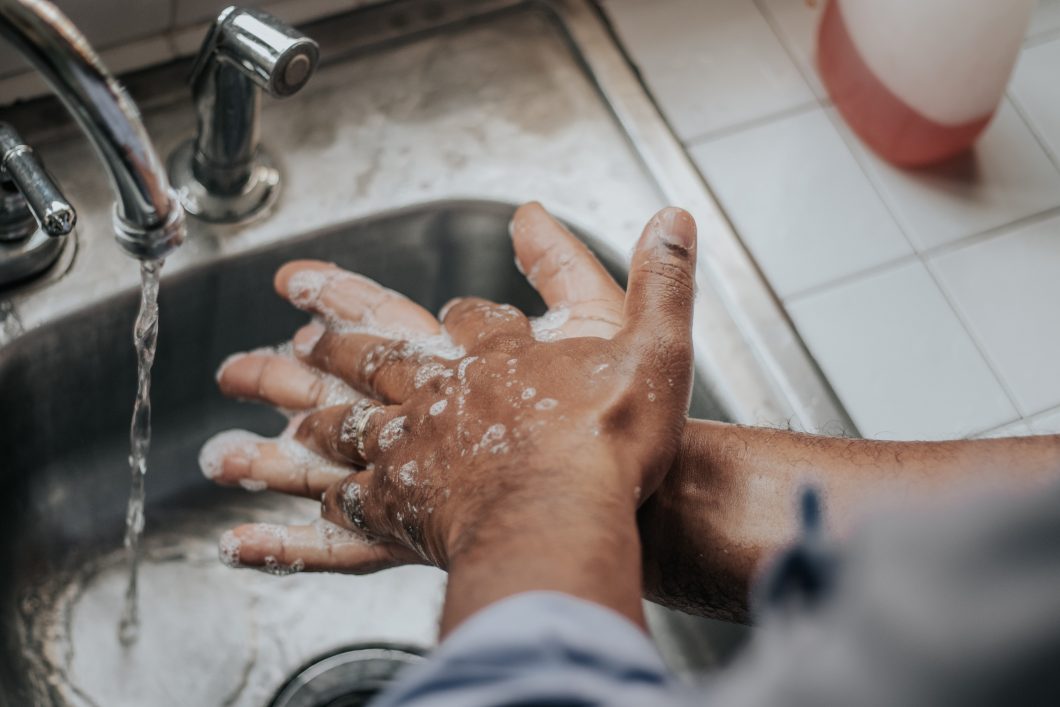 Leprosy is mentioned so often in the Bible that I forget what a horror it is. I imagine little sores and discoloured skin, but the reality is far worse: gaping ulcers, nerve damage, disfigured limbs.

As I read descriptions like this, I’m thankful for good health and modern medicine that now make leprosy both rare and treatable in the developed world. I can look away from the horror without any fear that I’ll experience it myself.

But there’s a wasting, rotting disease I haven’t escaped. Like leprosy, it infected my blood, bones, and flesh. It left me not just spiritually crippled, but spiritually dead. Even though I’ve been made alive through the blood of Jesus, I’m still defiled by the sin and evil desires in my heart (Mark 7:20–23). I know, as King David did, what it is to have my sin weigh heavily—even physically—upon me: “There is no soundness in my flesh because of your indignation; there is no health in my bones because of my sin” (Ps. 38:3).

When I see my spiritual leprosy, I need the comfort of passages like Mark 1:40–45, where a man suffering leprosy approaches Jesus. I need to take my eyes off my deteriorating flesh and look at my Saviour through this man’s eyes.

“If You Are Willing”

He believes in Jesus’s power, but he doubts Jesus’s heart towards a lowly, sickly outcast like himself. His is not the posture of a beloved child asking for breakfast from his mother, who is sure he’ll be given it. He doesn’t know whether this man who can heal the sick actually cares enough to do it for him.

Do you think about Jesus the same way? You might believe that he’s the Son of God and has power over everything in this world. But how does he feel about us—about you? Maybe you feel a deep sense of your own sin. You know you’ve messed up and rebelled against God time and time again. He must look at you with disappointment or disgust. Or maybe you’re suffering greatly. You think that since you’ve been left in this situation, Jesus mustn’t care at all. He responds to your suffering with indifference.

But how does Jesus actually respond to this man? “Filled with compassion, Jesus reached out his hand and touched the man. ‘I am willing,’ he said. ‘Be clean!’ Immediately the leprosy left him and he was cured” (vv. 41–42).

When Jesus looks at this leper—pitiful, dirty, covered with sores—he doesn’t recoil in disgust. He has deep compassion for him. It’s not the passing feeling of sympathy we might have towards a homeless person we see on the street. Jesus is filled with compassion. It overflows from him as he reaches out and touches the man.

We can hardly imagine how shocking it would have been that Jesus touched him. Not only is leprosy contagious, but under the law of Moses, skin diseases like leprosy made someone ceremonially unclean: “As long as they have the disease they remain unclean. They must live alone; they must live outside the camp” (Lev. 13:46). There was no cure for leprosy. The man would have been destitute, utterly isolated, banished from the presence of God and other people. We don’t know how long this man had been sick, but it could have been years since he’d felt human touch.

And now Jesus, the spotless Lamb, reaches out and touches him. He says the words we all long to hear from the one who can help us in a desperate situation: “I am willing.”

I find it hard to read these words with dry eyes as I think about my own repeated sins. When I’m kneeling before God in prayer, wrecked by my failure yet again, I often doubt that he’ll really cleanse me of my sin. Surely this was one time too many. His patience must have run out.

But he is not a God who grudgingly forgives or who demands that we shape up first. Because of his abundant compassion, he is willing to help us when we can do nothing to help ourselves. It’s the man’s very helplessness that draws Jesus in—just as he died for us “while we were still sinners” (Rom. 5:8).

I’ve tried to centre my repentance on my own actions. I vow this is the last time I do that sin. I scramble to cover up my shame with the good deeds. I scrub and scrub and the spot never comes out. Nothing I do can wash the rottenness from my bones. The only hope I have is to receive the touch of my Physician and believe his words: