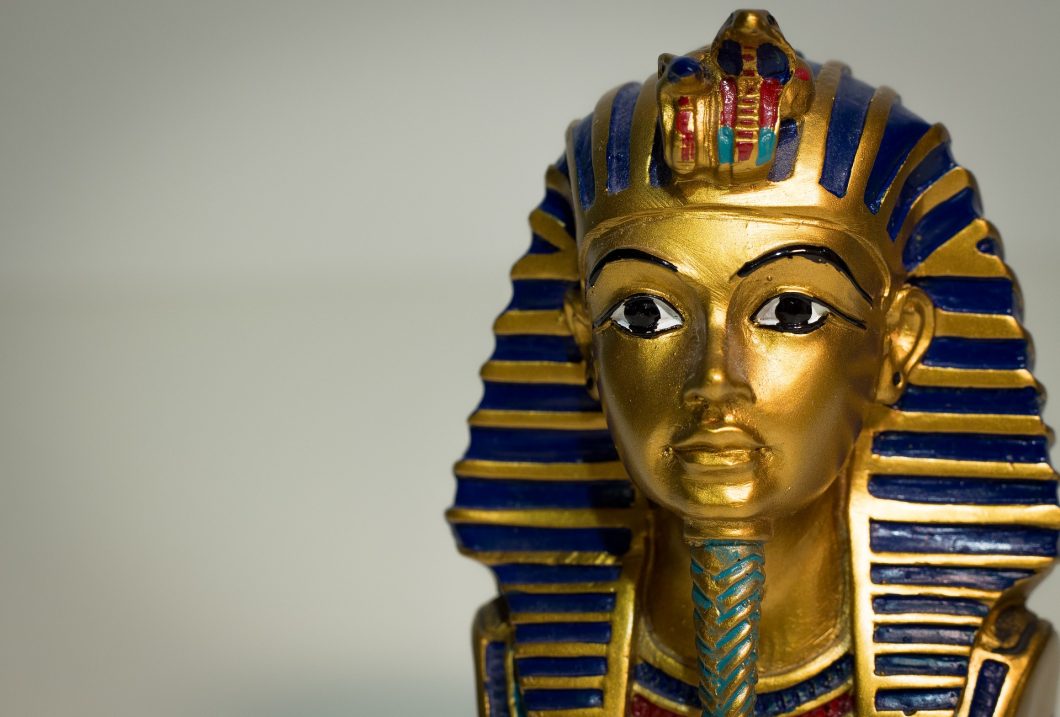 There is only one true authority who stands over our presidents, dictators, and kings. God created them all, and he ultimately rules the whole world. The Bible demonstrates his sovereignty time and time again—from beginning to end, we see that the living God has always been in control.

Sometimes God displays his sovereignty through the blessings he brings to his people. At other times he works through suffering. In the first two books of the Bible, we see both of these at play. The kindness and severity of two Pharaohs both, under the hand of God, end in triumph for God’s people.

From obscurity to blessing

The book of Genesis traces Abraham’s family line. His wife Sarah gives birth to Isaac, and in turn Isaac has two sons: Jacob and Esau. God chooses to make his covenant with Jacob, and starts fulfilling his promises by blessing him with twelve sons.

One of those sons, Joseph, seems to have some pretty rotten luck. His youthful boasting and favouritism from his father make his brothers resent him. They seize an opportunity to sell him into slavery, and he is taken to Egypt. He trusts and obeys God, which gets him unjustly thrown into prison for years. But God is with him. Eventually he helps out the Pharaoh, who raises him up to rule under him.

These events are good for Joseph personally—being second-in-command in Egypt is certainly preferable to languishing in a jail cell. But it’s also good for God’s people as a whole. Joseph warned Pharaoh of the famine to come, so when Joseph’s brothers came to Egypt desperate for food, there was plenty of grain to buy. Because of his position, Joseph is able to invite his brothers to settle in Egypt with all their families and livestock. They had been facing starvation, but instead they flourish.

The Pharaoh’s favour towards Joseph is one of God’s tools to preserve his people. He keeps the covenant promises he had made to Abraham, and Jacob’s line multiplies. When Joseph reveals his identity to his brothers, he says: “As for you, you meant evil against me, but God meant it for good, to bring it about that many people should be kept alive, as they are today.” (Genesis 50:20)

From blessing to oppression

Hundreds of years later, the Israelites (the descendants of Jacob) have exploded in number. But there is trouble brewing:

“Now there arose a new king over Egypt, who did not know Joseph. And he said to his people, “Behold, the people of Israel are too many and too mighty for us. Come, let us deal shrewdly with them, lest they multiply, and, if war breaks out, they join our enemies and fight against us and escape from the land.” Therefore they set taskmasters over them to afflict them with heavy burdens.” (Exodus 1:8–11a)

To the Israelites, it must have seemed like God had abandoned them. Sure, he had looked after their forefathers centuries earlier, but things were different now. They were enslaved and things kept getting worse. The Pharaoh even ordered Hebrew midwives to kill any male children as soon as they were born.

But God was still working for the good of his people. He demonstrates his power even through a harsh and wicked ruler. Moses, his chosen servant, begs the Pharaoh to let the Israelites go. When Pharaoh refuses, God sends successive plagues upon Egypt and ultimately rescues his people by parting the Red Sea and bringing them safely through.

This period of suffering was the prologue to God’s amazing plans—to make Israel his treasured nation, give them his covenant and laws, and eventually bring them into the promised land. They went from slavery to glorious freedom, as God lived among his own people.

A tale of two Pharaohs

On the surface, it simply seems like one of the Pharaohs was good and the other was bad. But this presents an issue for us: we have little control over what kind of ruler we live under. It’s luck of the draw, and too bad if you’re born in the wrong time or place. This perspective can make us fatalistic or self-pitying.

There’s another way we can look at these two rulers. Yes, they acted differently towards God’s people. But ultimately God was in control of both of them. We need not fear that a rogue ruler will take power and subvert the sovereignty of God. This doesn’t mean we should passively sit back when unjust authorities oppress their people, but it does help us to cope when things are hard. Even when we suffer under bad leadership, God is in control.

The kind of suffering we face in Australia is so minor compared to the rest of the world. Yet we still might be tempted to fear what will happen if our government curbs religious freedom. Whatever the outcome, there’s one thing we can be sure of: God will work all things for the good of his people, even if this happens through suffering. Four hundred years of slavery wasn’t easy, after all!

As we read the history of God’s people in the Bible, we are strengthened to trust in that same God who loves us. He has proven his faithfulness time and time again. He showed it once and for all when he sent Jesus to die for us. Whatever we think of our rulers—whether they are evil, good, incompetent, bumbling, kind-hearted, or flaky—let’s keep trusting in our God who is sovereign, good, and faithful.