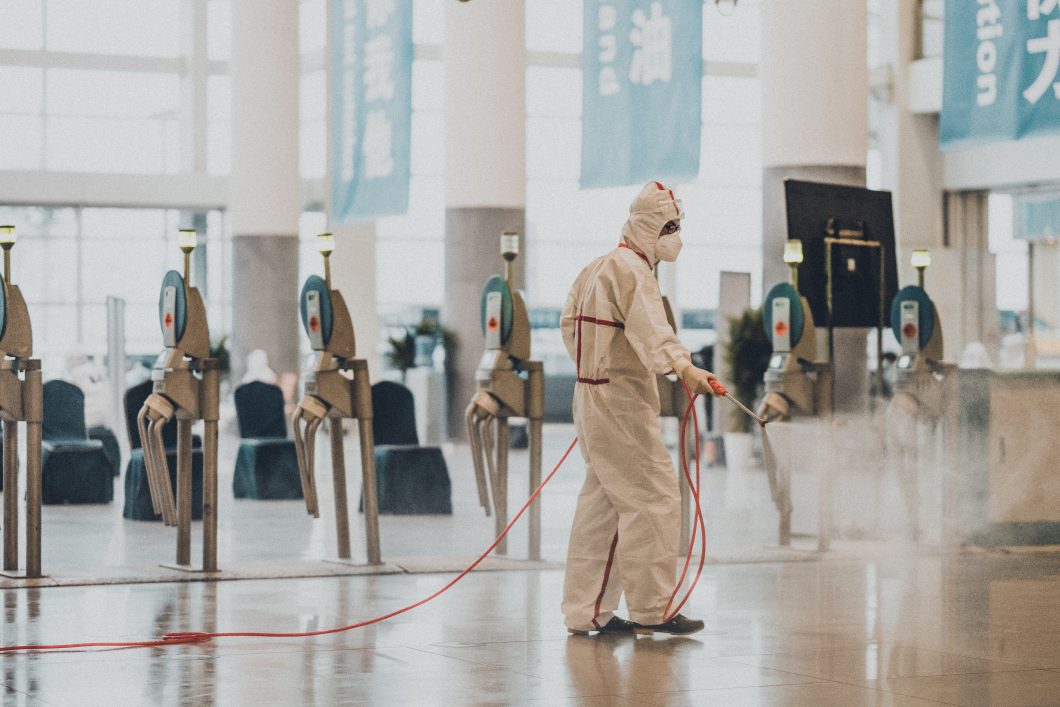 We’re in the middle of one of those history-defining eras. Things are going to be different from here on, we just don’t know exactly how yet. Recently, I’ve been reading Erik Larson’s new book The Splendid and the Vile, which follows Winston Churchill’s tumultuous first year as Prime Minister, leading Britain through the horrors of the Blitz. Although a pandemic is far different from a war, we carry similar fears and anxieties to those Britons.

From the comfortable distance of eighty years, the terror of World War II isn’t as vivid to us. We know how it ends. We can’t fully understand how agonizing those years of uncertainty would have been.

On June 18, 1940, just a few days before France surrendered to Germany, Churchill delivered a rousing speech to the House of Commons. He knew France was lost and expected Germany to invade Britain imminently. Larson recounts:

The “Battle of France” was over, [Churchill] said, adding, “I expect that the Battle of Britain is about to begin.” At stake was not only the British Empire but all of Christian civilization. “The whole fury and might of the enemy must very soon be turned on us. Hitler knows that he will have to break us in this island or lose the war.”

He marched towards his climax: “If we can stand up to him, all Europe may be free, and the life of the world may move forward into broad, sunlit uplands; but if we fail then the whole world, including the United States, and all that we have known and cared for, will sink into the abyss of a new dark age made more sinister, and perhaps more prolonged, by the lights of a perverted science.”

He issued an appeal to the greater spirit of Britons everywhere. “Let us therefore brace ourselves to our duty and so bear ourselves that if the British Commonwealth and Empire lasts for a thousand years, men will still say, ‘This was their finest hour.’”1

This speech screams of victory to us because we know the outcome, but it could just as easily have been the death rattle of a ruined nation. Britain was teetering on the edge of a catastrophe that could end the world as they knew it. And the worst was yet to come—they were only three months away from the devastation of the Blitz.

Throughout the book, Larson helps us to understand the fear of that era when a whole nation held its breath. Without the support of the US, things looked dire. It makes us think of all the what-ifs. What if Hitler had won? What if the Nazis had advanced all across the world? How would we live now? How many of us would even be here?

We realise how little control we really have. A despot or a microscopic virus can descend in the blink of an eye and change everything. Life as we know it stands on a hairbreadth. As the Bible says: “What is your life? For you are a mist that appears for a little time and then vanishes” (James 4:14).

In this pandemic, many of us feel trapped by the constant barrage of what-ifs. We have graphs and statistics and predictions, but real events don’t unfold according to those neat timelines. Who can say when or how it will end?

While he doesn’t tell us what tomorrow is going to look like, God has given us assurance of where our world will end up.

But the day of the Lord will come like a thief, and then the heavens will pass away with a roar, and the heavenly bodies will be burned up and dissolved, and the earth and the works that are done on it will be exposed. (2 Peter 3:10)

For the Lord himself will descend from heaven with a cry of command, with the voice of an archangel, and with the sound of the trumpet of God. And the dead in Christ will rise first. Then we who are alive, who are left, will be caught up together with them in the clouds to meet the Lord in the air, and so we will always be with the Lord. (1 Thessalonians 4:16–17)

That’s our assurance in the face of the unknown. Disaster may crush our earthly hopes and dreams, but, in the words of Samwise Gamgee: “It’s only a passing thing, this shadow. Even darkness must pass. A new day will come. And when the sun shines it will shine out the clearer.”

The new day we wait for won’t come with the eradication of coronavirus. For even without this disease, we are still swamped by death and plague and grief. We wait for the greater day, the final day, when this shadow world will give way to the age of gold. When Jesus returns, it will mean endless joy for those who have put their trust in him. There will be no trembling what-ifs in the eternal kingdom of God.

But for those who don’t know Jesus, all the suffering of this life will be revealed as a mere prelude to the terror of God’s judgment. All will discover they have built their houses on sinking sand (Matthew 7:24–27).

Jesus is coming soon—he has promised that. So while we grapple with all the fear and change that COVID-19 has brought upon us, let’s not put our hopes in getting through this. The triumph of the human spirit may sound inspiring, but ultimately it has no power to save. Humans, after all, are the ones who wage wars, who wound and crush and kill.

Instead, trust in the God who holds our world in the palm of his hand. He was Lord during World War II, and he is Lord now. Out of love he gave up his Son Jesus to die for us, taking on the publishment we deserve. There is no other name by which we can be saved (Acts 4:12). Trust in him, and all this sorrow will end with the dawning of a new age, where there are “broad, sunlit uplands” as far as the eye can see.